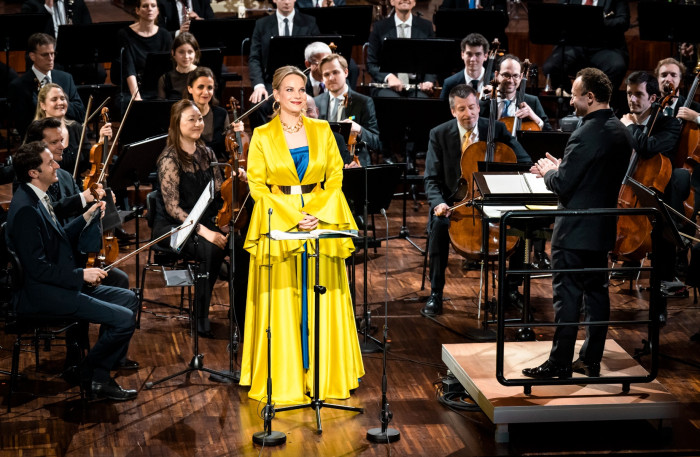 Ministry of Culture of the Republic of Latvia

Since 1991, the Berliner Philharmoniker have celebrated the anniversary of their founding on May 1 with their Europakonzert in a city that is historically significant and relevant to European culture. This year, they were planning to celebrate their 140th anniversary in Odesa, however, due to military action in Ukraine, were forced to look for another location, and it was swiftly and symbolically decided to organize the concert at the Great Amber in Latvia.

This concert will be a confirmation of the spirit of collaboration and unity between the European Union and Ukraine. ‘This Europakonzert is a show of solidarity with Odesa and Ukraine. For musicians of the Berliner Philharmoniker and Kirill Petrenko, Europe signifies common values and a common culture that unites us beyond any national border, and it is mostly clearly evident in music. This year especially, these European values are more important than ever,’ reveals violinist and member of the media board of the Berliner Philharmoniker Stanley Dodds when speaking of the key message of this concert.

The Berliner Philharmoniker perform in Liepāja under their principal conductor Kirill Petrenko. The maestro is known as an eccentric creator of unique concert programs.

The Europakonzert tradition was started after the reuniting of East and West Germany. These concerts are organized as a celebration of the unifying spirit of Europe to honor the common heritage and culture of the continent. Each Europakonzert takes place in a different city at historically significant and unusual locations and concert halls representing outstanding achievements in culture. In previous years, the Europakonzert has been hosted by such prominent locations as the Musée d'Orsay in Paris, the Palace of Versailles, Teatro Real in Madrid, Vasa Museum in Stockholm, among others. These concerts celebrate the local genius of their cities and countries – composers, world-famous solo performers and ensembles.

Video can be viewed only in Latvia.